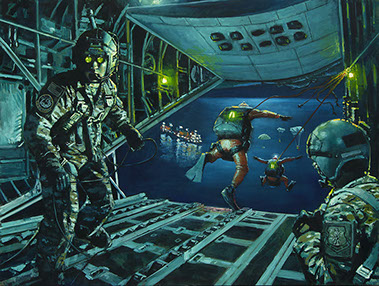 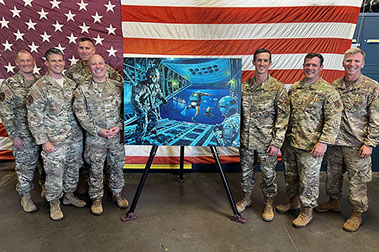 Battlefield Airmen of the NY Air National Guard’s 106th Rescue Wing were awarded the Air Force Commendation Medal for Heroism for their actions during the 2017 Motor Vessel Tamar mission that saved the lives of 2 crewmen who were injured in an explosion on board the 640 foot cargo vessel in the middle of the Atlantic Ocean on June 4, 2022 at F.S. Gabreski Air National Guard.

The Pararescue team jumped from an HC-130J Combat King II aircraft and made their way to the vessel using airdropped boats to render the life saving care of the two surviving patients.

My painting was given as a gift to depict the rescue mission that saved the lives of those 2 crewmen.

Click HERE to see a larger image in my MISCELLANEOUS WORK section. 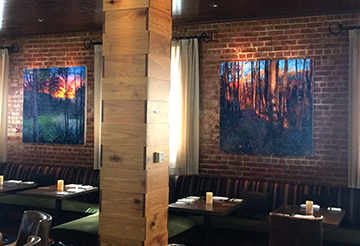 The Broadfoot & Broadfoot gallery has installed a few of my paintings at the restaurant Ninety Acres at Natirar in Peapack-Gladstone, NJ. Stop by for some great food and see some of my artwork. 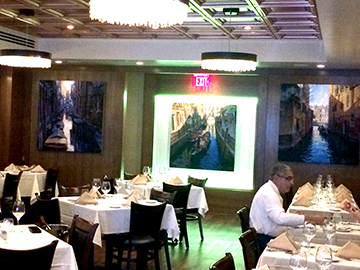 Four of my paintings from the “Italy Visited” series are hanging in Trattoria Biagio at 239 Main Ave., Stirling, New Jersey. https://www.biagiostrattorianj.com/

Come visit and enjoy some authentic gourmet Italian cuisine while taking in scenes from Venice, Italy. 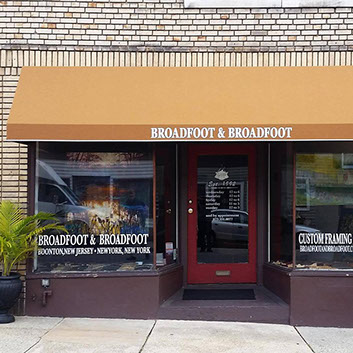 Come see my work at